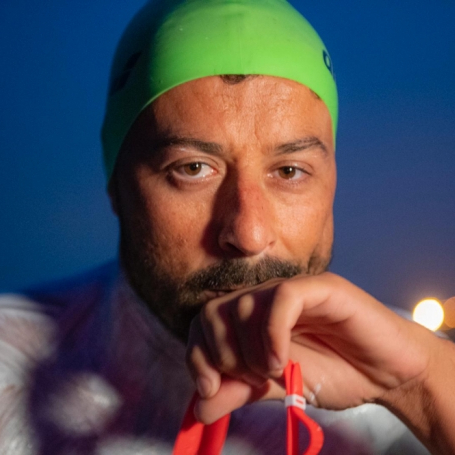 When training for a daunting 100km swim, a person tends to spend a lot of time looking down at the seabed.

“You see tiles, washing machines, gates, basically half a house can be found at the bottom of the sea,” said activist-swimmer Neil Agius. Agius is swimming a daunting 100km as part of the “Wave of Change” campaign, a campaign which raises awareness and educates people about the problems of sea plastic pollution.

“It’s not about making huge changes and being perfect all the time. Small changes, such as walking to work, or swapping your plastic bottles for a reusable one, can make all the difference. If I can motivate someone to make those changes that’s a win.”

The Malta Independent spoke to Neil Agius, the 34-year-old swimmer, just before he headed off to Sicily about the swim, the challenges and the Wave of Change campaign.

Neil left Thursday morning at 5.15am from Punta di Braccetto, Ragusa, on the southern coast of Sicily to make his way back to Malta. He is scheduled to arrive back on 26 Friday at 4pm at St Julian’s Pitch, Neil’s hometown swimming club.

Neil will be swimming 100km for over 30 hours straight, and he will not be resting or touching a boat or floaters at any time. Neil will swim throughout the night in pitch darkness too, but will have glow sticks to make him visible to his crew members and other boats.

Prior to this challenge, Neil was also the first to swim non-stop around the Maltese islands, and this open sea water challenge will be the sixth longest open sea water swim ever recorded worldwide in the current Neutral Category as per the Marathon Swimming Federation.

Asked about his training regime for this challenge, Neil said that he made a lot of sacrifices, but also focused on his mental wellbeing. “There were many long swimming sessions I had on my own, and with Pilates classes and liquid food made by Dr Juice, everything helped me to stay in shape.” He explained that training was different due to the coronavirus pandemic, and that he had to shift his usual pool sessions to open sea sessions, but in the end he overcame the challenges.

Apart from the physical challenge, and threats found in the open sea, such as jelly fish, sharks and bad weather, Neil will have to truly focus on the mental challenge of the swim. “I practice a lot on my mind set, you constantly have to work on that. There will be times that I might not be feeling great, but I am fortunate to have great motivators who will be joining me.”

Neil will be accompanied by a full crew 18 people, professionals and friends sailing alongside him on three boats to assist with all the preparations, special nutrition requirements and back up for any sort of emergency. Although the challenge is a non-stop swimming challenge, Neil will stop every 30 minutes to eat something and to stay hydrated. “Everyone is super excited, happy and pumped up,” said Neil

The Malta Independent wishes Neil and the crew a good luck for the swimming challenge!

This article was originally published on The Malta Independent.