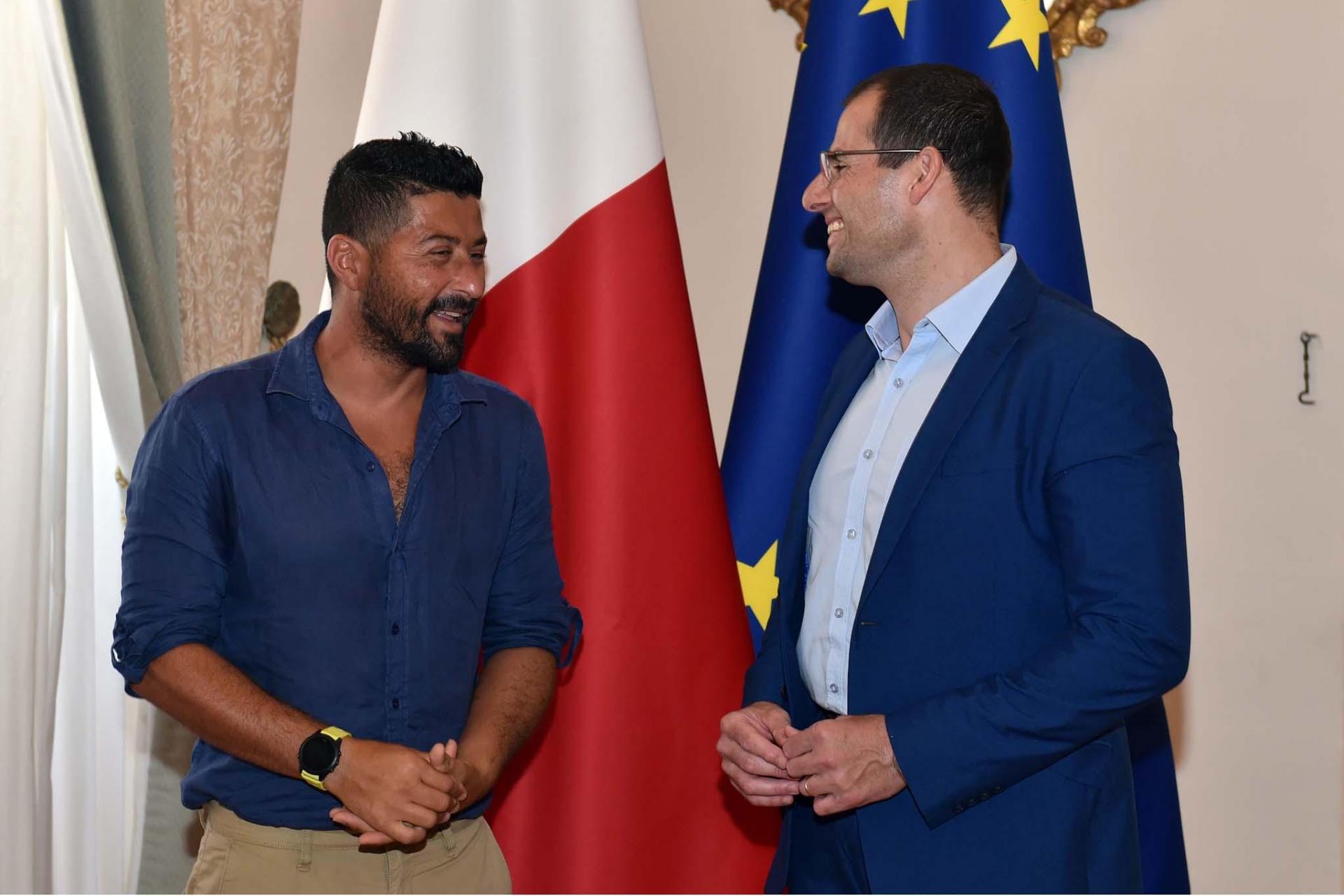 Robert Abela thanks swimmer Neil Agius for his environmental activism

Prime Minister Robert Abela on Tuesday thanked swimmer Neil Agius for his efforts to raise awareness about marine pollution and work for a cleaner sea.

Agius, an anti-pollution activist, swam from Sicily to Malta in a record-breaking 28 hours, seven minutes and 28 seconds last week.

The Prime Minister thanked Agius when he welcomed him at his office following the swimmer’s feat on Friday.

He undertook the epic trip to raise awareness about marine pollution and to inspire people to take better care of maritime habitats.

Agius told the Prime Minister about the challenges he faced during the swim and expressed gratitude at the support he found for the Wave of Change initiative against the dumping of plastic at sea.