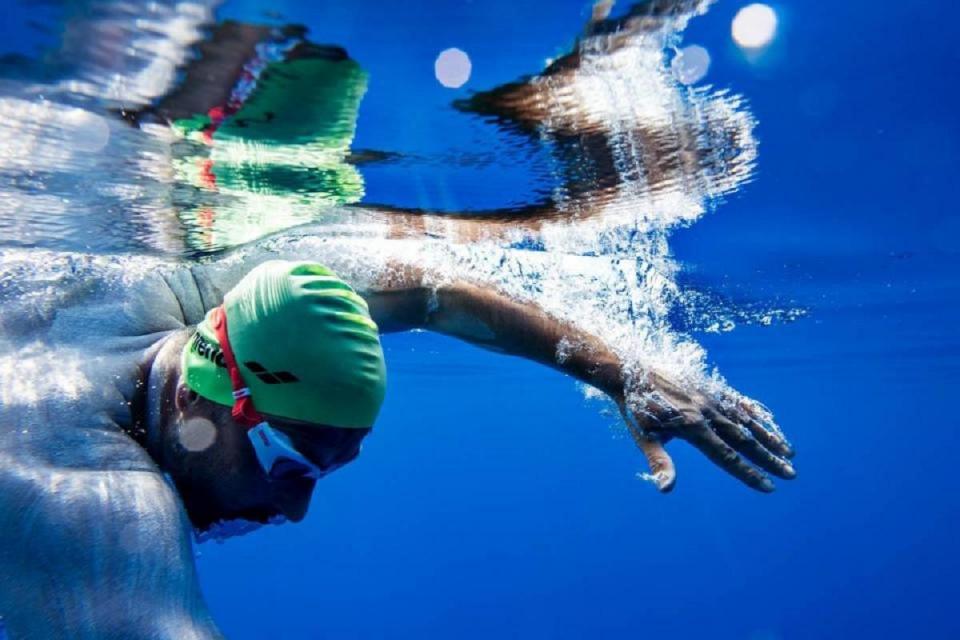 Neil Agius to attempt epic swim from Tunisia to Sicily

Ultra-distance swimmer Neil Agius will be attempting to swim from Tunisia to Sicily, charting a 153km course for a feat that has never been achieved in recorded history.

He is expected to attempt the cross-continental swim at some point between June 26 and July 7, when weather conditions should be optimal, helping him undertake the swim safely.

Agius will be setting off from a small village in Tunisia, Eastern Hawaria and arriving in the Sicilian seaside village of Kartibubbo.

To prepare for the swim, Agius will be swimming around Gozo three times, on three consecutive days.

The former Olympian and environmental activist announced his next big swim challenge during a press launch on Wednesday.

“It should take around 50 hours of non-stop swimming,” Agius told Times of Malta in an exclusive interview ahead of the press launch.

“I chose this route as it is something that has never been done before, and I am ready to attempt to break another record.”

Agius is not new to such ultra-swimming challenges.

Last year, in June, the 34-year-old swimmer became the second person in recorded history to swim from Sicily to Malta, in a record-breaking 28 hours, seven minutes and 27 seconds.

In December, he also braved the cold waters and swam across the Gozo-Malta channel in two hours, whilst towing a friend who sat on a paddleboard dressed up as Santa.

In 2018, he swam 70km around Malta in 22 hours, and the following year, he picked up the pace and completed the shorter 38km swim around Gozo in just 10 hours.

This time, however, Agius will be venturing in different waters, as he plans to cross continents and to raise more awareness for the environmental campaign he has built up, ‘Wave of Change’.

As part of his training and in preparation for his big challenge, Agius will be swimming around Gozo for three consecutive nights.

He expects to swim for around 12 hours straight each time, with the first of those consecutive swims scheduled for Monday, May 31 at 3am.

If weather conditions are fair and sea currents on the day are within parameters allowed by the Marathon Swimming Federation, the Tunisia- Sicily swim will earn Agius a world record.

He plans to swim for 29 minutes at a time and then take a one-minute break for water and liquid meals. 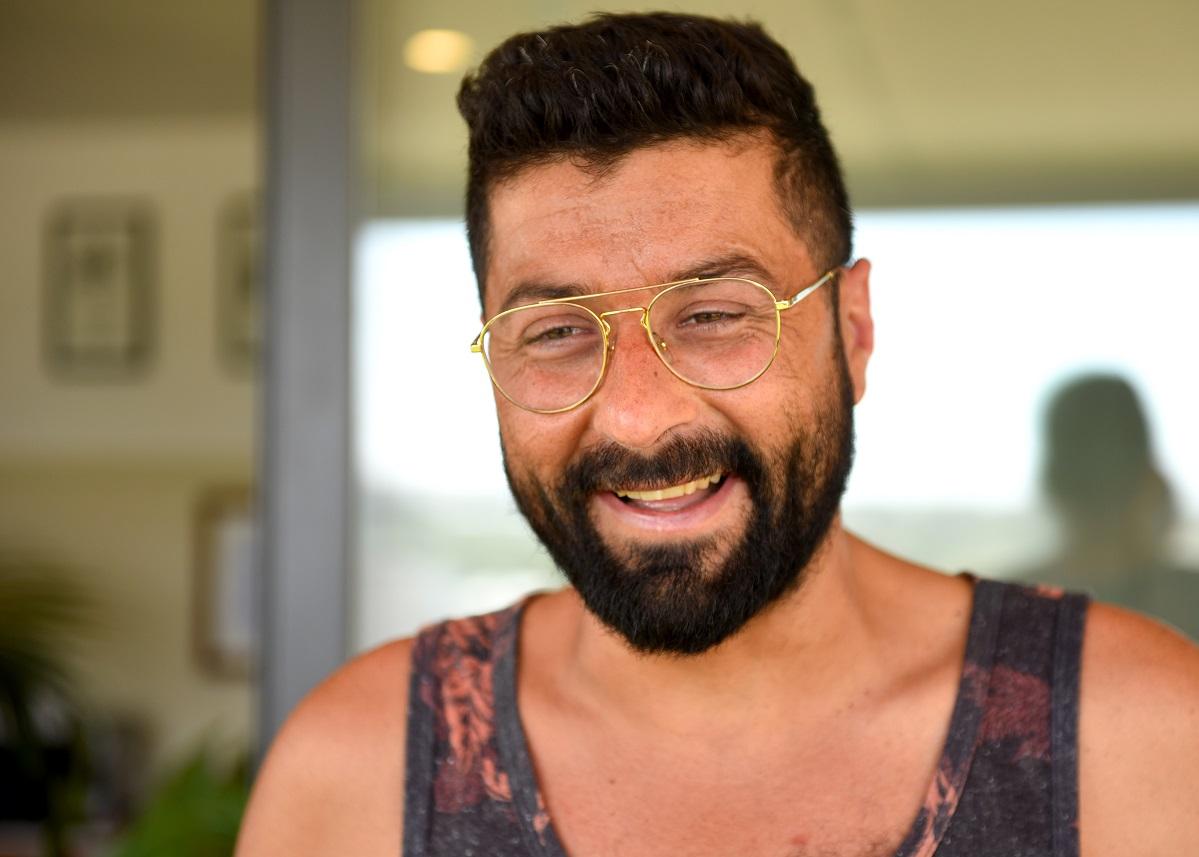 In his usual calm and cool demeanour, the athlete from Għargħur said that it felt like the right time to do this challenge.

“At times I think I am trying to do something that no one has ever done before, I start asking where it is even possible or doable. But then I believe I have come to a point where this challenge has fallen onto my lap and it feels right, so I am ready to rock and roll.”

He has been training for the past six weeks, which includes 10-hour swims as he prepares himself, both physically and mentally for the next big challenge.

“My whole day revolves around training. I make a lot of sacrifices and make sure that I am not over-using my body when I am not training.”

He said that he currently spends around 20 to 30 hours of training at sea during the week and includes hours of Pilates and meditation.

“I also listen to inspirational triathlon athletes’ podcasts, who push themselves constantly and I try to implement what they do into my own practice.”

Travelling to Tunisia, especially during a pandemic includes a huge logistic plan, but Neil and his team are ready.

Aguis will be joined by a 24-member crew, including divers, doctors, people preparing his food, and his support team who will make sure that Neil reaches his goal.

Challenge to pick up one million pieces of plastic

This adventurous swim is supported by Wave of Change, a campaign he co-founded to raise awareness against plastic in the sea.

“It is super exciting to see how far we have come, at the beginning I was swimming around Malta, and now here I am announcing this huge swim and environment challenge.” 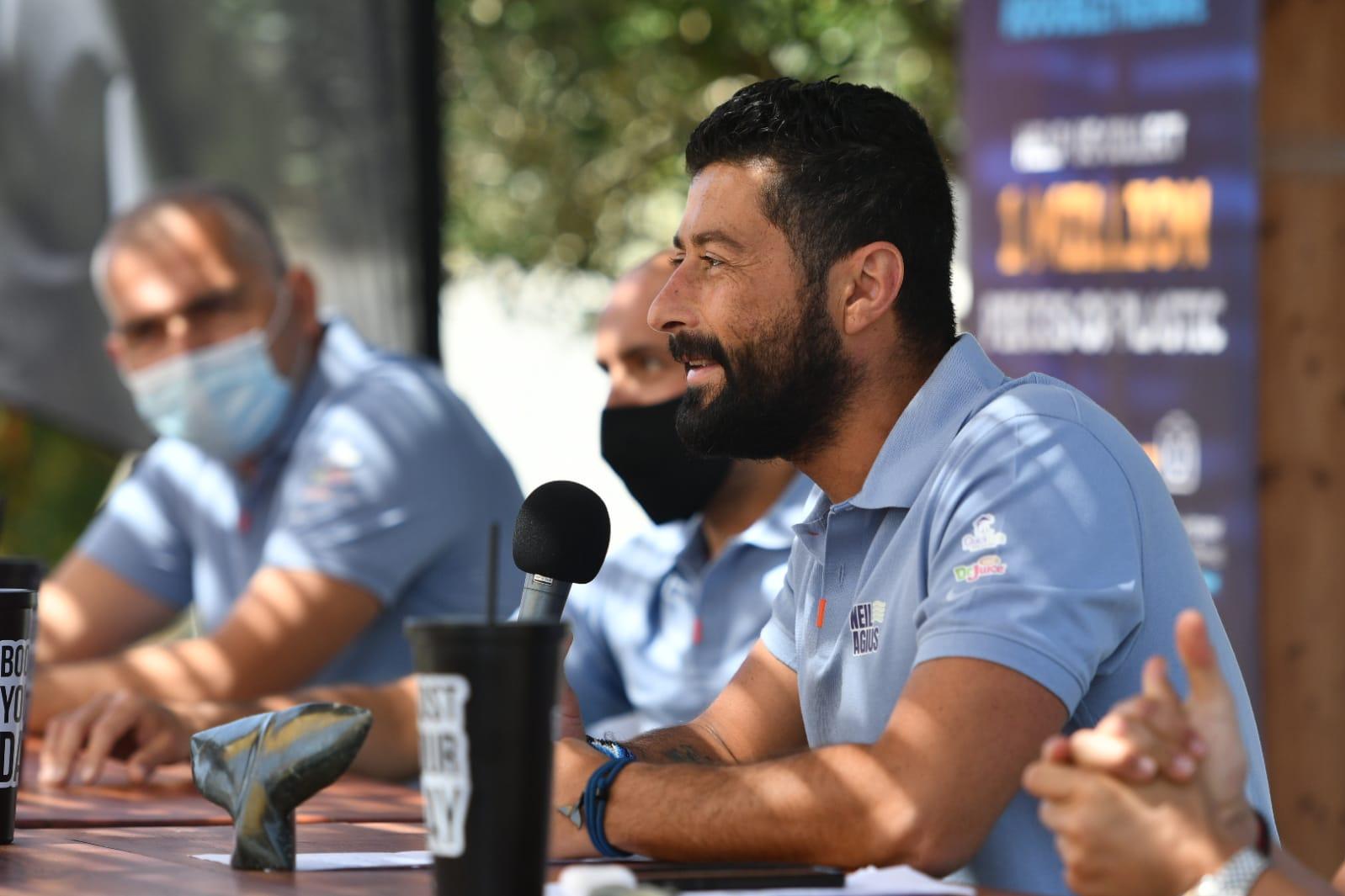 Wave of Change, which Agius said on Wednesday is now registered as a foundation, is launching the Double the Wave Challenge, with a goal of collectively picking up one million pieces of plastic.

“We want people not only to be aware of their plastic rubbish, but also to encourage physical activity in people’s lives. You do not have to do a 153km swim like me: start small and see where it takes you. Be active, be more aware of what you consume and make a change.”