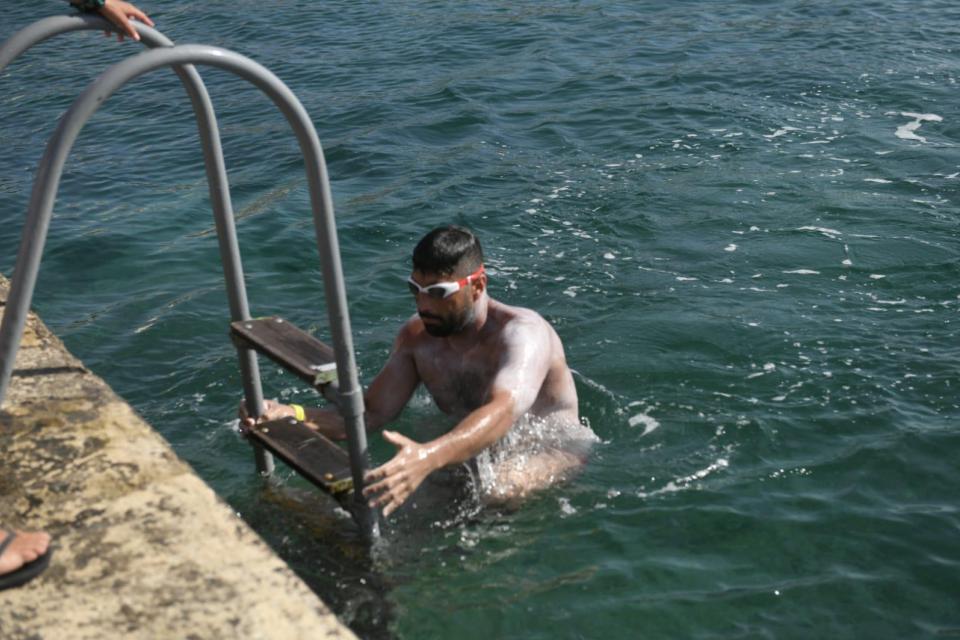 ‘I was laughing, teasing the crew, and crying too’

Swimmer and anti-pollution activist Neil Agius has become the second person in recorded history to swim between Sicily and Malta.

Agius reached Balluta Bay in St Julian’s at 9.21am on Friday – a record-breaking 28 hours, seven minutes and 27 seconds after setting off from Punta Braccetto in Ragusa, swimming through the day and night.

“It was so much fun… I was laughing, teasing the crew… and crying too,” he said, as he emerged from the water at St Julian’s Waterpolo and Aquatic Club to the sound of roaring crowds celebrating his achievement.

“The toughest part was at around 3am because I got so cold.”

A swimming coach and former Olympian, the 34-year-old undertook the epic trip to raise awareness about marine pollution and to inspire people to take better care of maritime habitats.

The Wave of Change movement Agius spearheads encourages every person to collect three items of rubbish every time they visit the seaside, to help reduce maritime pollution.

Agius’s swim from Sicily to Malta is the most ambitious of his awareness-raising feats to date. In previous years, Agius completed swims around Malta and Gozo to drum up awareness for his movement.

In 2018, Agius swam the 70km around Malta in 22 hours. The following year, he picked up the pace and completed the shorter 38km swim around Gozo in just 10 hours.

An umpire has kept watch of Agius from start to finish of each of those trips, with members of his team handing him food to eat during 90-second breaks he took every 30 minutes