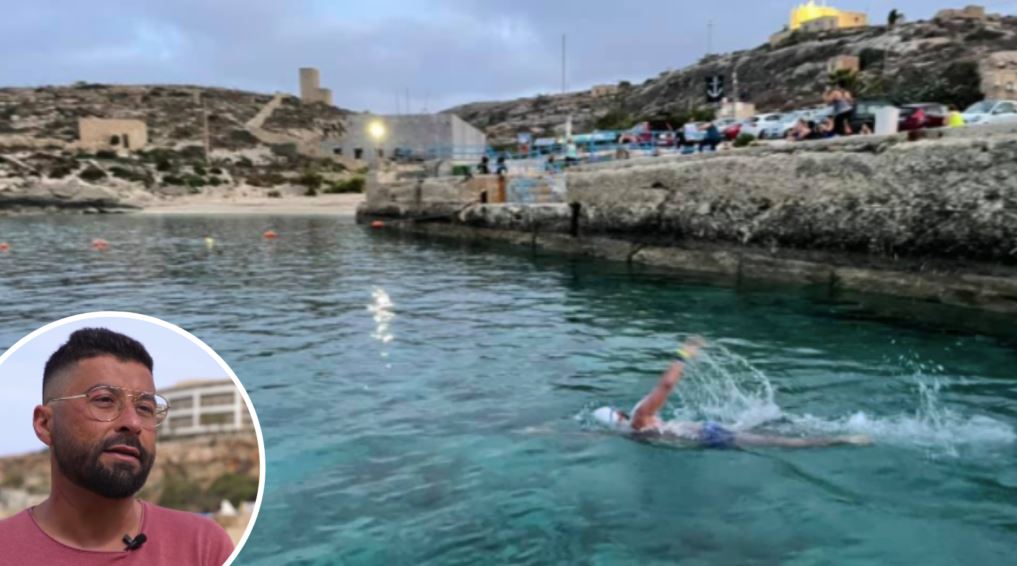 Maltese endurance swimmer Neil Agius began a three-day warmup today where he will be swimming laps Gozo ahead of his mammoth Tunisia to Sicily swim.

Agius, who famously swam from Sicily to Malta last year, will this year try to beat another record by crossing continents.

As part of his preparation he planned to swim around Gozo three times in three days, each swim taking him approximately 12 hours.

The Tunisia to Sicily swim will take place at the end of June. Agius will cover some 153 kilometres and is expected to take around 50 hours to complete the swim.

Agius swims under the campaign name Wave of Change which aims to raise awareness about the plastic stifling our seas and oceans.

Share this article to support Wave Of Change and Neil Agius!